This was our last island in Thailand. Koh Tarutao is one of 51 islands (and by far the largest) in the Tarutao National Marine Park just off the southern coast of Thailand. Koh Lipe is the most famous island in the park and also the most commercialized. As I mentioned in the Koh Lanta blog post we had initially wanted to go to Koh Lipe but changed our mind based on feedback from other travelers (to be fair, there were several folks who absolutely loved Lipe. Just depends on what you are looking for.). Specifically, we wanted to get away from the crowds and were willing to sacrifice some personal comforts to do so.

2) We read power is only on from 6pm to midnight each day on the island, so we think you lose the fan at midnight each night anyways.

There is a long expanse of beach right near the pier (about 0.8 miles) where we could set up our tent. There were probably 5 other tents scattered along this. The tent was interesting to put up (it took us about an hour), but once it was up, it was actually a pretty nice little tent.

As we mentioned, Tarutao is a national park with not much on it. That includes restaurant choices. I think there were three restaurants scattered around the island, but they are far enough apart that when you are at the campsite you only have one choice (so I guess that means you have no choices). You would have had to bike/hike for 4-5KM to get to the next one. The food was also expensive (2-3 times the cost of mainland) and mediocre at best. Nothing to write home about there. We did read about his ahead of time, so we brought peanuts, crackers, and water with us. However, you need to be cautious about bringing food with you, particularly if you are staying in a tent, because the monkeys are not scared to break into your tent and into your bags to find the food. This didn’t happen to us, but the reason we were wary of bringing bananas and things like that with us from mainland.

This is really where Tarutao shines. There is a decent amount to do on the island, and none of it is crowded. And when I say not crowded, I mean you may not see anyone else for hours. 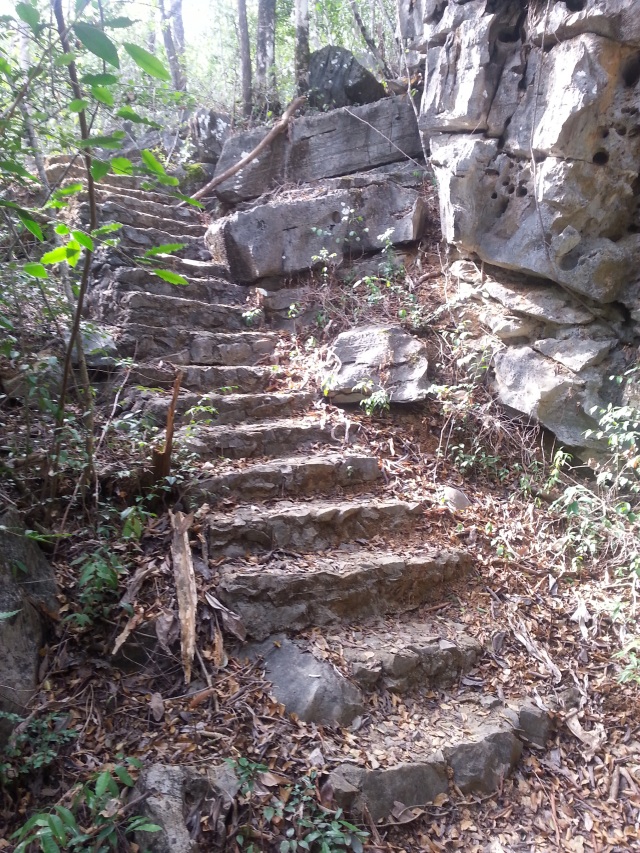 Clear pools on our way to find the “waterfall”.

“Do it yourself” caving.

Leave a Reply to Thailand | And that’s a wrap! (well, for now) – the longer, the better Cancel reply