The last tango in.. Bali.

Before we ended our six months of overseas adventures, we decided to spend a few days in paradise.

Green and wild as far as the eye can see!

Bali is a small island with a lot of variation. There are the beachy areas (also where most of the partying happens) up to the volcanic peaks more toward the center of the island. We opted to stay in Ubud which was about an hour from the airport (mostly due to not super developed roads).

Daily offering from Balinese Hindu to their supreme god.

It’s also rare in that the culture of the native people is much different than the other island of Indonesia. The Balinese people are primary Hindu while the majority of Indonesians are Muslim. The island’s culture developed on its own for many years without outside influence, which led to a much different atmosphere than other areas. 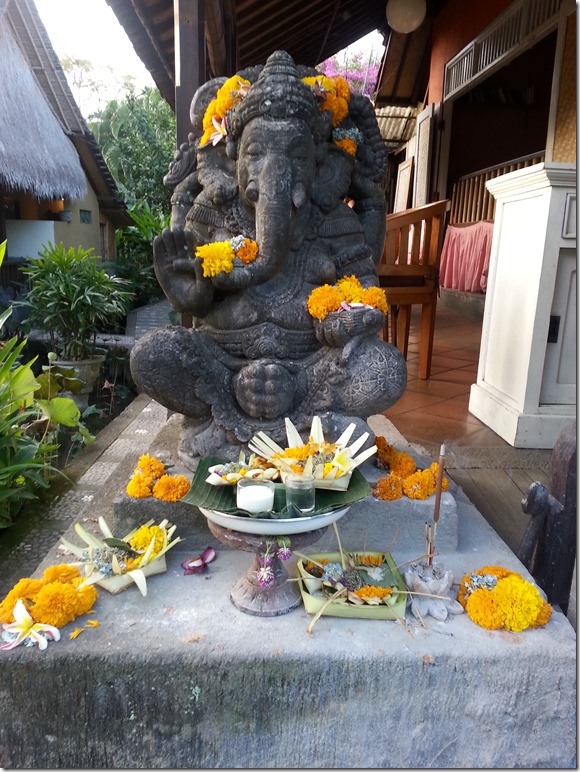 Our big three goals of Bali were eating, relaxing, and a little bit of culture. #nailedit

We stayed at a wonderful little B&B that basically had a big bed and a gorgeous outdoor space. From out our front door, there were tiny little paths that zigzagged all over the place. You could only walk on them or ride a bike/motorbike.. a car wouldn’t fit. Once you made your way to the larger roads, there were cars (and the chaos that goes along with them in Southeast Asia). 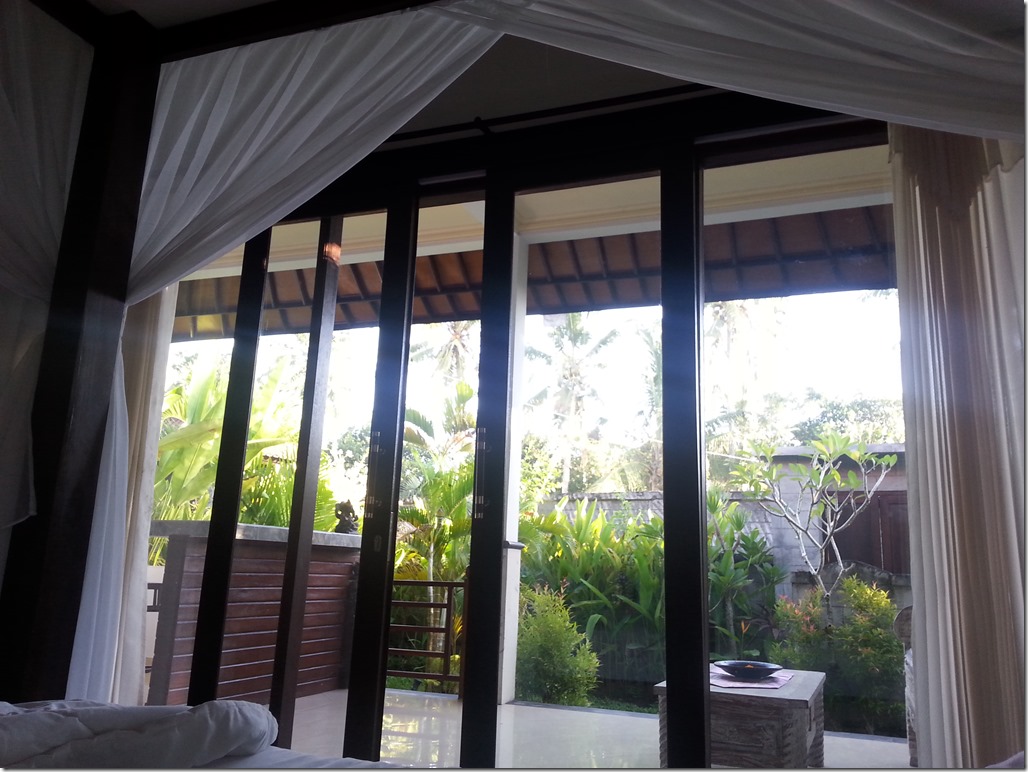 Splurging at an Air BnB before heading home. 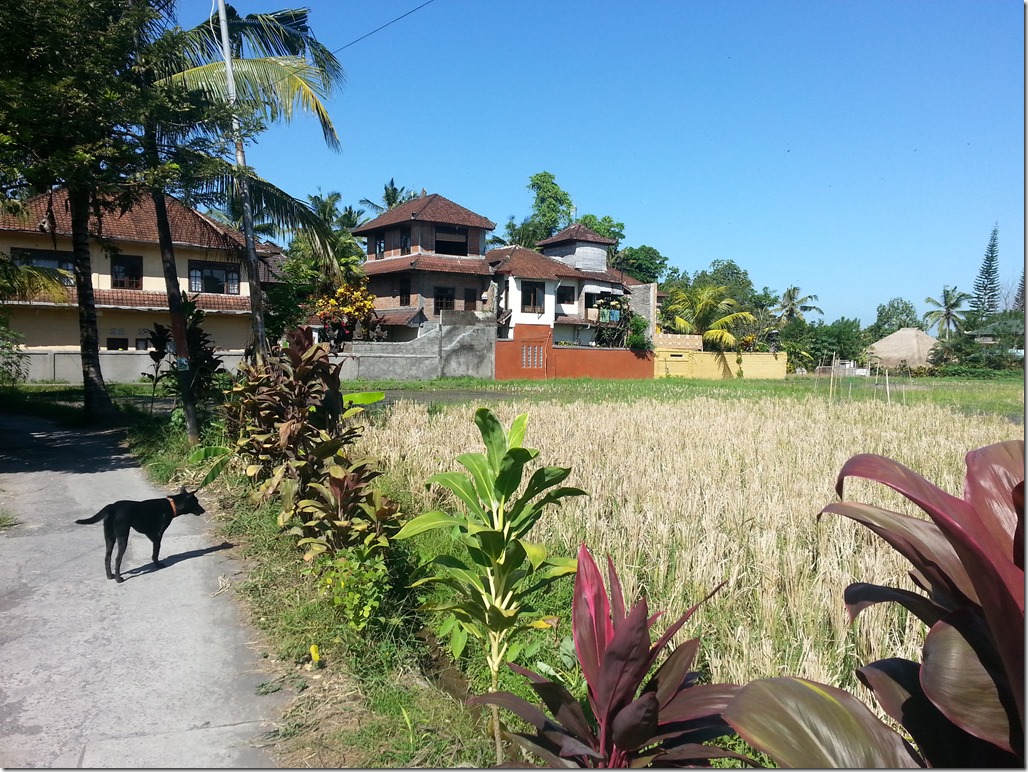 Ubud is like a hippy mecca. For better or worse, it embraces the yogies, the juice bars, and the vegan snacks. They also had delicious coffee, so everyone was happy. We embraced the mixture of local joints with traditional Balinese cuisine and the super delicious inexpensive food that was directed towards tourists.

One of the days, we decided to hire a tour guide to show us the island. We saw a traditional Balinese house / complex (cool), holy water temple (super cool), coffee plantation (mediocre), Mount Batur (awesome, would like to climb it), rice terrace views (pretty even if a little commercialized), monkey forest (same monkeys, different place).

The other huge highlight was the spa. We went to the Cantika Spa, and it was one of the best massages I’ve ever had.

Structures in a traditional Balinese home.

Us at the water temple! 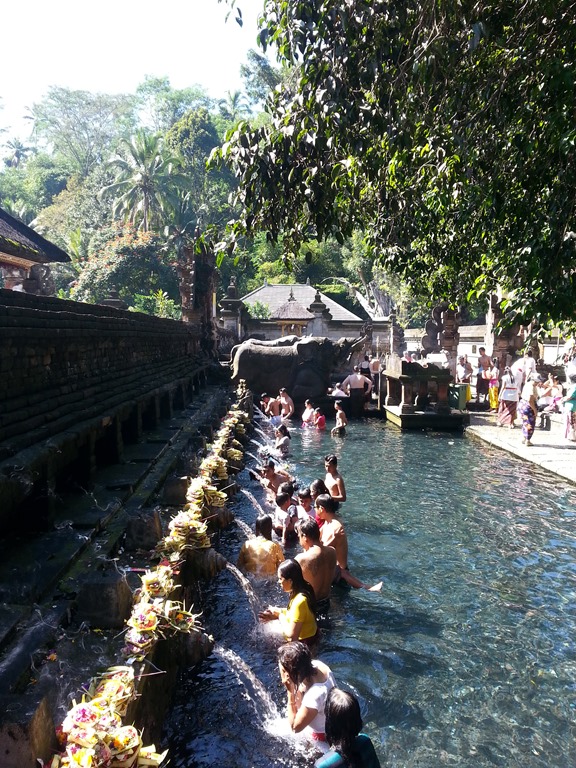 Balinese (and others) washing at the water temple.

Enjoying refreshments and the views of rice terraces.

I’ve had those days buddy.

Bali was the perfect way to cap off our six months international travel adventure. And I can’t wait to go back!